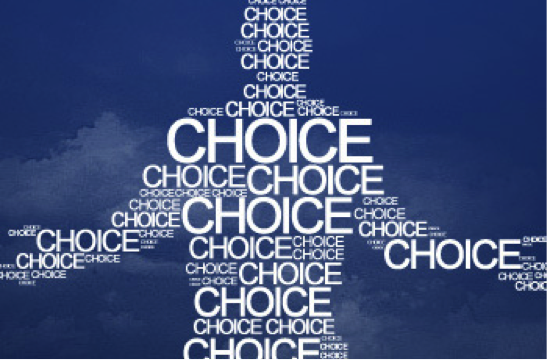 Can you be a politician with religious or personal beliefs?

The former leader of the Liberal Democrats Tim Farron resigned due to conflicts with leading a ‘progressive, liberal party’ and his own Christian beliefs. He said in his resignation speech that ‘to be a political leader … and to live as a committed Christian, to hold faithfully to the Bible’s teachings has felt impossible to me.’

Mr Farron was constantly questioned on his views on homosexuality and he struggled to provide an answer that sat well with his religious beliefs and with his political party.

Backbench MP Jacob Rees-Mogg has come under criticism recently on his views on abortion.  He says that abortion is morally indefensible. “I am a Catholic and I take the teachings of the Catholic Church seriously,” he said. The Church’s teachings on faith and morals were “authoritative”, he said, but he added it was not for him to judge others.

“It’s all very well to say we live in a multicultural country… until you’re a Christian, until you hold the traditional views of the Catholic Church, and that seems to me fundamentally wrong. People are entitled to hold these views.” Mr Rees-Mogg said.

Jeremy Corbyn opposes the use of nuclear weapons. The Labour party though supports the renewal of Trident. If Jeremy Corbyn became Prime Minister, he is not saying that he would remove nuclear weapons from the UK’s defense arsenal. He says that there are other routes to conflict resolution that he wants to try first before using nuclear deterrents. The leader of the party has a different viewpoint to a lot of the rest of the party. With Mr Corbyn, these may be for humanitarian and for peace reasons rather than religious beliefs, but I suggest that the comparison of different beliefs has similarities here.

Mr Rees-Mogg’s beliefs wouldn’t lead to him wanting to bring in a law banning abortion if he were to become Prime Minister. They are his beliefs that he has come to choose to have based upon his religious beliefs.

Acceptance that the political process in this country is more than one person’s will should lead people to realise that you can have views that are different to those on the statute books.

He may wish that the country would be different, but because we are a broad church (please excuse the pun) we should be accepting that people have different views, but it is the collective consensus within parliament that decides the laws of the land.

Mr Farron led a more liberal party than the one that Mr Rees-Mogg belongs to, but if someone isn’t looking to impose their religious views wholesale across their party, surely in a pro-choice society and a pro-choice parliament, they should be free to have their own beliefs trusting that their beliefs are just as respected and understood as someone with the polar opposite viewpoint.

Mr Corbyn wouldn’t sanction the first use of nuclear weapons but hasn’t ruled out using them in defense of the UK if attacked. He may well want to scrap the nuclear weapons if it was all down to him, but he realises that it isn’t just down to him so needs to have a standpoint that is acceptable to his party and to the country.

Media journalists love these scenarios where a politician has a viewpoint that sticks out from the rest of their peers. The opportunity to hound someone and try and take a scalp is something far too tempting for newspaper reporters or television interviewers.

The need for an exclusive or to get headlines for themselves transcends the opportunity to understand that person’s often deep-rooted belief has some moral backing and depth.

There is not enough tolerance and acceptance of opposing views. If someone has a different viewpoint, then either debate it in a civilised manner or accept that they believe something different. Twitter is littered with abusive people who can’t accept that someone may have reasons for believing something different. How come people have become so uncivil recently?

Political debate meetings have been disrupted recently by people wanting to cause problems due to difference of opinions. Do we really want this approach in our civilised world? Is it representative of Britain in 2018?

Mr. Rees-Mogg, Mr. Farron and Mr. Corbyn all deserve the right to have their viewpoint. They have a right to their own viewpoint and if that differs from the ‘norm’, then so be it. They are all entitled to have their personal or religious beliefs AND participate fully in a civilised political environment.

Let the constituents decide who they want

My view is that if someone has a differing view, as long as it is not an illegal view, or that they are wanting to be dictatorial with their viewpoint for their party or country, then we should welcome diversity of viewpoint into our parliaments. I am not a fan of party politics in general. I feel that personal beliefs, individuality, moral standing, and integrity should be what people decide at the ballot box rather than what colour rosette they wear.

Freedom to choose for the sake of Britain

What are your thoughts on where personal and religious views fit in with political and public life? Should politicians keep quiet if they have differing views? Is it right that we should only have secular views within parliament? Does it lead to excluding certain sections of society by sidelining different views? Let me know in the comments section below.