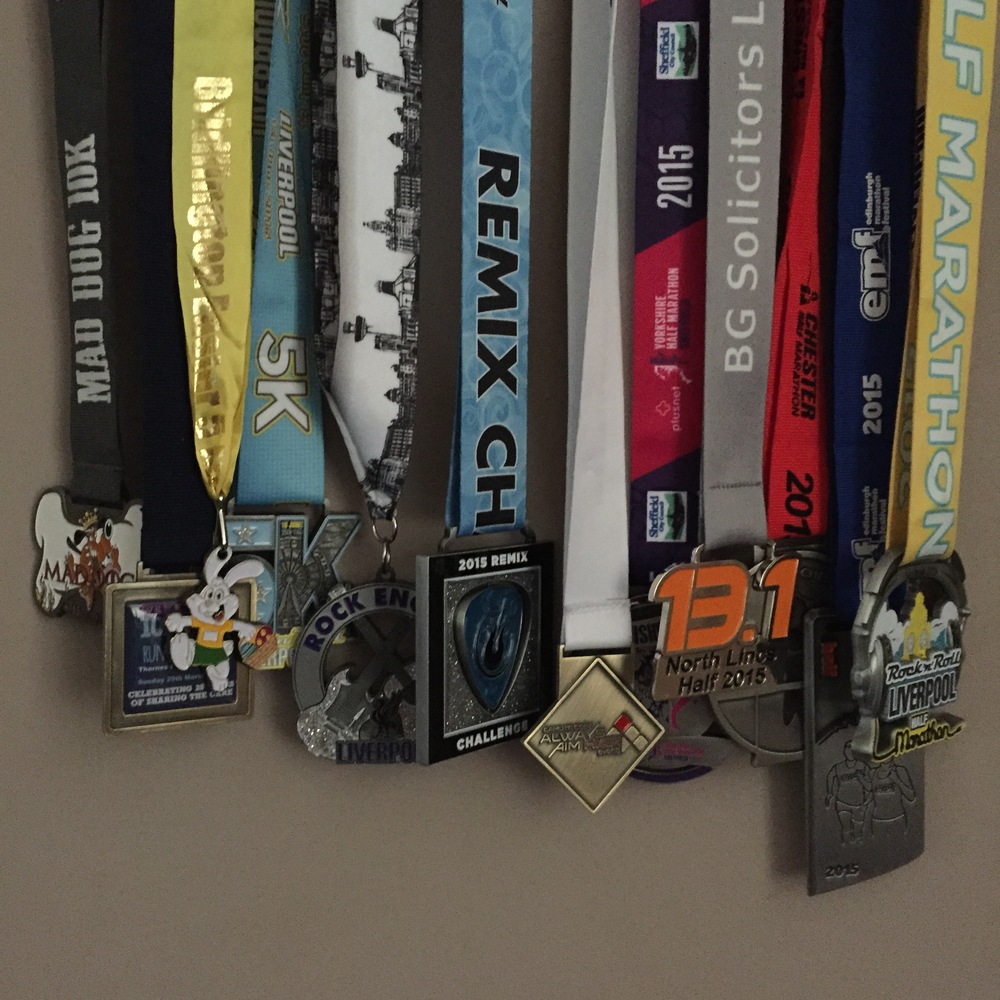 Are race medals worth the effort?

A few of this year’s medals.

What does a medal represent? Is it just the shiny nature of the medal that appeals to our inner magpie? It mostly gets put away inside our homes after the race and very few if anyone outside our immediate family see them again. A lot of them look the same (is that bling-ist?) and some even have the writing on the ribbons fading or come off. Medals on a hanger need extra dusting and before that extra DIY to get them put up on display in the first place. Some race medals are quite intricate and may be susceptible to break if handled too roughly. Bling comes with a lot of responsibility to look after it long after it has been earned.

What does it take to get a race medal? I did a half marathon yesterday and whilst I am comfortably at that distance in my fitness and ability, it is still hard work and an achievement to be able to say you’ve just completed a half marathon. To get to the start line alone is the result of hours and hours of dedication, commitment, sacrifice and hard work. To have something at the end of it is a great momento of what you have achieved that day.

To me though, it is more than that. I’ve ran races solo where I’ve not known anyone else there and there has been no supporters that I know there. Those occasions aren’t as much fun as running with friends or having friends and familiar faces there to share in the occasion. It’s about being around folk who have experienced the same as you, completed the same course as you, experienced the same weather conditions as you, laughed with, endured together, and celebrated together afterwards.

Running a distance is one thing, it’s a great achievement. Sharing that experience is another completely. Whether it is with someone who is an hour faster or an hour slower than you, you share something in common at that moment of time. That is something really special. That is why folk like a good fitting comfortable race shirt to wear afterwards too to say they were there, they took part and they were part of a group who achieved something good and shared an experience, some with friends, some with strangers.

Bling to me is about memories, not just a momento of a race. So yes, race medals are worth it. But then again, you had probably guessed I’d say that!