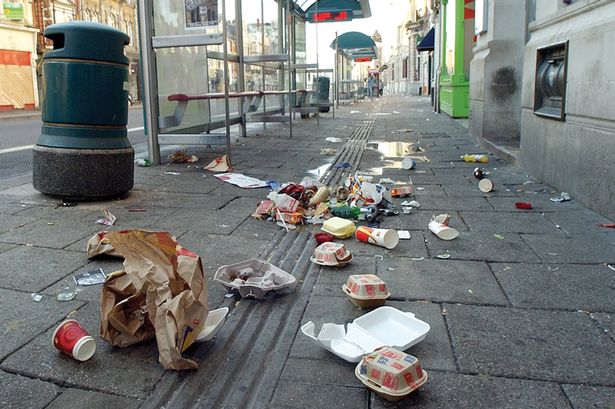 Those rules are for others, not for me.

I don’t have to follow that rule, I’m in a hurry.

Yeah whatever, I don’t care.

Others do it, so why shouldn’t I?

It doesn’t matter, does it?

I won’t get done for it as the authorities are too busy solving proper crimes.

Littering isn’t breaking the law though is it? Well it’s already a mess round here, what’s a little more going to do?

Rules are meant to be broken.

There’s too many rules and laws anyway, I do what I want.

What’s that all about?

I don’t get why large parts of the nation has people who think like this nowadays. There is a lot of selfish people around who think only about themselves and what they want to do. They show no interest in being part of community. They don’t want to contribute to the wider world. They don’t value nice things or communal places that other people can share. They don’t have the civil decency to respect those around them by keeping their area clean and tidy. They’d rather discard their rubbish wherever they feel like it.

Drivers of vehicles will barge through gaps when they should give way. Motorists will take the gamble and drive through traffic lights that have turned amber. Cyclists will ride through red traffic lights as if they don’t apply to them. Pedestrians will cross the road in front of vehicles with the expectation that they will drive round them or slow to let them cross, rather than wait for the lights to change. Why have we as a nation become so stupid to take such risks or bad choices? Why do we let this continue?

If you don’t want something any more when you are out and about, there are rubbish bins to use. If there isn’t one there, you carry it with you until you find one. It’s not hard to understand the civil decency that is expected.

I’ve seen parents throw litter on the floor in front of their kids when out and about. The kids will do it next. The next generation is spoiled then too from the selfish actions of the parent.

Self is more important than others

These are all examples where selfishness and self-importance are being demonstrated to the detriment of others. This may be through laziness and being bothered, through lack of fear of repercussions or consequences, or through a sense of invincibility and teflon-esque untouchability.

I would love to just blame this on folk being dim, stupid or just plain thick. Unfortunately I see it as something a lot worse than that. I see it as a pandemic of self-centred, care free irresponsibility.

It is becoming the norm in many places to expect this kind of behaviour. In certain parts of our country, litter is the norm. In cities and towns across the land, cyclists have their own Highway Code interpretation with large sections crossed out as not applicable to them. On our roads, traffic lights have one sequence for some and another for those who want to go through whatever colour the lights are. In busy places, you’ll have the people who won’t give way to oncoming pedestrians because they want to barge through so they aren’t inconvenienced at having to change their line of direction.

All these examples are evidence of this pandemic of self-centred, care free irresponsibility. I don’t know what the cure is for it, but I do know that cutting back on authorities that used to curb these incidents has not helped the country. The levels of standards has plummeted in the last twenty years and the country is in a right state now compared to in the past. Politicians don’t seem to want to discuss this issue though. Citizens don’t want to accept their responsibility. The police and council are resourced sufficiently to tackle enough of this. I do fear for the way the country is heading.

A long way off being a great Great Britain

I would love it if people realised the consequences of their actions, the risks that they are taking endangers others and does nothing to enhance life for those around them. Unfortunately I fear our nation has a long way to go before they can even think of being a great Great Britain once more.