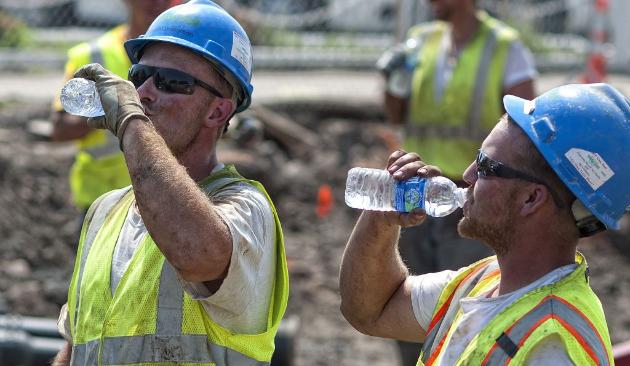 We all do different jobs. They all require different skills and different abilities. I firmly believe that we need to think of other people and the difficulties they have and endure in their line of work. Yes, it is warm in the office. But it is nothing compared to those who work in different environments where their livelihoods and incomes and physical stamina is affected by the weather and the world around us. Much more than it affects me in my job.

I take my hat off to those who work in those environments, you as ever have my utmost respect for doing what you do in all weathers. It is something that I and many, many others just could not even cope with for one day.