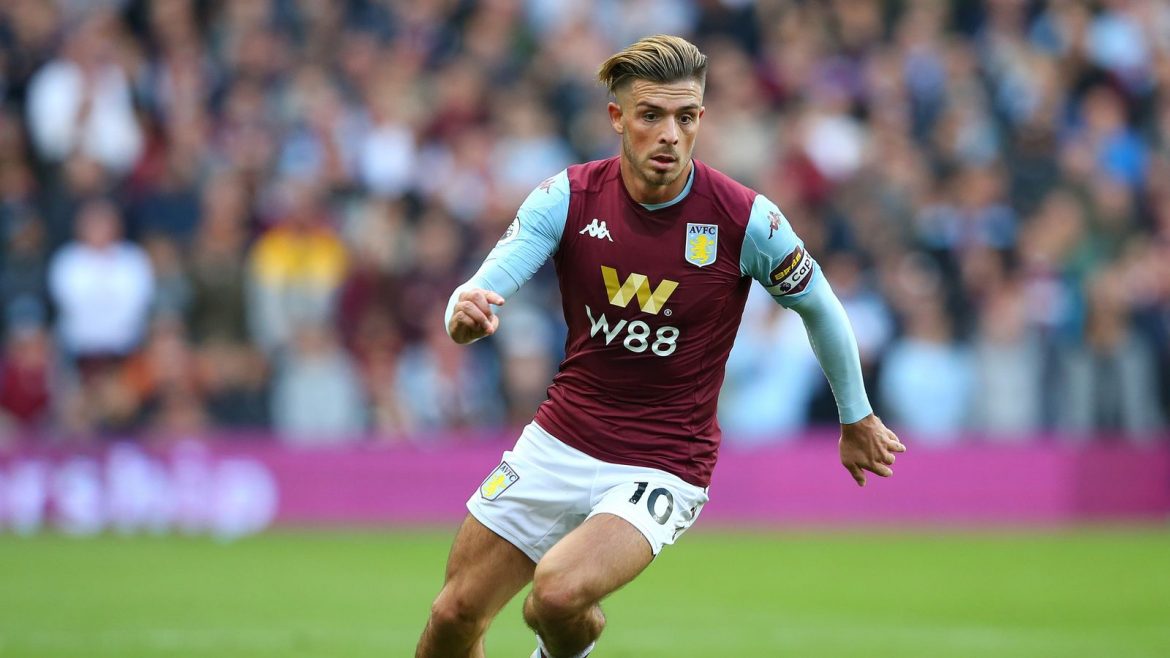 Jack Grealish, 26, has signed a new contract with current Premier League champions Manchester City with a transfer fee agreed with Aston Villa of £100 million. That is a new British record transfer fee for a British footballer.

£100 million pounds looks like £100,000,000 – a nine figured amount that when I was young was simply unfathomable to buy the services of a footballer. I still remember when back in 1991 when David Platt moved from Aston Villa to Bari in Italy for £5.5m, Andy Cole’s move from Newcastle Utd to Manchester Utd in 1995 for £7m, and Alan Shearer’s Blackburn Rovers move to Newcastle United for a massive £15m in July 1996. Some 25 years later, that transfer record is now up to £100 million. Wow.

Why do Manchester City want Jack?

What is it about Jack Grealish that Manchester City want then? He is an immense player and has been a definite fans’ favourite (until maybe this week!) at Aston Villa where he has been for the last 19 years. He supports Villa. He has played at Aston Villa most of his career, apart from a loan spell at Notts County when he was younger. He was the club captain. He was the first name down on the team sheet.

Jack has a massive influence on games and certainly on the attacking approach that Aston Villa have taken in recent years. The tactic could have crudely been put as ‘give the ball to Jack’ but there was more to this. Jack helps enable other players to be better and to create space for them. This is a massive talent and ability. One that an enviable talent for opposing managers and coaches.

Jack is a threat to opposition defences. He is ridiculously hard to tackle and he shields the ball so well. No wonder he gets fouled so often. I won’t say that he wins fouls, but it is an aspect of his game that others get frustrated by. By inviting nibbling tackles you are more likely to get knocks and to end up on the floor. I don’t believe he is a diver in the sense that we see elsewhere in some of the overseas leagues, but I do sense that he could release the ball a little sooner and avoid some of these fouls. But he is a top class player and his coaches will know how to manage him.

Off the field, Jack Grealish is a very likeable character. Not the smartest cookie in the jar by far, as was shown recently in an interview where he didn’t know what an encyclopaedia was. His fashion sense is something that someone of my age can only look at and wonder whether he got dressed in the dark. For the sense of balance, he would probably look at me and how I dress and think the same too!

His media coverage and exposure during the recent Euro 2020 competition raised his profile greatly due to his ability to attack the box and to run at players. This is exciting and raises the spirits of supporters which the normally conservative holding-back approach doesn’t do. Jack Grealish likes to entertain, and this is something that he definitely does do more often than not.

From a Villa fan’s perspective

As an Aston Villa fan, I would like to remember Jack’s contribution to my club over the last few years as being a very positive one. He is one of the most exciting players ever to wear the shirt that I’ve seen. During a time where the club was in the doldrums after suffering a relegation, a rebuilding of playing squad, a failed promotion bid, a very real threat of liquidation due to owner finance difficulties, but then came along new owners, a promotion the following season via the play-offs, a new hope, survival on the last day of the season to remain in the Premier League, and then an improvement to finish comfortably mid-table last season. There is lots to be positive about with Villa right now.

Aston Villa as a club are on the up. The owners are backing the manager with money for transfers. There are more players now with values of £20m or more than ever before. This summer alone has seen exciting new signings. Last summer, Jack Grealish signed a new long term contract saying “My Club. My City. My Home” saying that he believed in the project the owners were committed to and the aim of European football was one Jack also wanted to be a part of.

One thing that Aston Villa fans are unhappy with is that Jack Grealish could have helped his club, his fans, his home to achieve these. Aston Villa are on the up. Impatience may get you short term gains but it won’t necessarily get you long term happiness. People have talked about potential statues if Jack had led Villa to glory once again. People have said that if Jack had led Villa to the great days again that he would never have to buy a drink in Birmingham ever again as he would be immortalised and celebrated for the rest of his days.

Personally, I wish Jack Grealish all the very best for the future. He is an immense talent and the world should be able to see him play at the highest level. I just wish that he could have had the determination to do it with the club that he and I both support. I am disappointed in how this has come about, but very much excited for the continuation and increased determination of the Aston Villa dream that the owners have and continue to work towards achieving.

Good luck Jack, but more importantly Up The Villa!