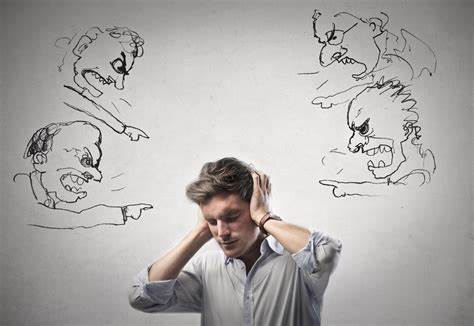 Everyone else is an expert in what you do

Thinking things should be done differently is a feeling that we’ve all had before. Having ideas as to what others should do differently isn’t a rare occurrence. Any community group, sports club, local council, or group doing anything really – they all have had others saying that they should be doing things differently and criticising what is being done. They think differently.

When you get involved with a group or public facing entity with any kind of profile, such as a business or a blog even, there is almost an unwritten rule that people will have opinions at times that what you’re doing isn’t right. There will always be someone who will disagree with almost anything you do, no matter how little you think that it is. Others will disagree with those who are doing what needs doing. It doesn’t mean that you aren’t right though. It doesn’t mean that the other person has more insight and knowledge.

Premier League football clubs have not just 40,000 fans on match day in the ground telling the manager what he should be doing differently, what the players should be doing differently, and what the owners should be spending their money on. Recent years has shown that it isn’t just those in the ground on matchday, it is the millions online now that will be freely sharing their view about what they think should be happening. Armchair experts some may call them, but that is a massive increase of opinions as to what others in charge are doing wrong.

Kids’ football teams have this too. You have the parents of the players on the sidelines of the pitch shouting and bawling what they think their offspring should be doing and how the team should do things, rather than leaving it to the coach. For an eleven a side game with four subs, that is fifteen different sets of parents’ opinions on what the coach should be doing. Fifteen sets of parents who are thinking about what they want for their kid rather than what the team as a whole wants, which includes the other fourteen players too!

Running a shop on the high street will have this problem too. The owner will have their viewpoint on how they want to run their business. They will know the money and resources they have available and the time available to put into the business. They will know all they need to know about delivering what they want for their customers. Then there are the passer-by experts who will say what they don’t like and what they think the owner should do instead. That’s not how they like it.

Other people are always going to have opinions and viewpoints that contradict somewhere. There does seem to be a rise in vocalising this disagreement in recent years, or at least, it appears that way. Maybe it was there all along and I was sheltered or oblivious to it, but there does seem to be a high occurrence of this ‘straight talking’. One thing that has more recently been of interest to me is the feeling behind any contradicting viewpoint.

How people choose to disagree with you says much about the likelihood of someone going to change their minds too. Sometimes a more vocal disagreement will embolden the person that they took the right approach and they’ll continue as they are. If someone is speaking in a concerned way, you are more likely to take on board their concerns and views, and listen to their issues. The delivery method is as important as the method. The unsaid words are also a very key thing to identify too.

Quite often what is said isn’t what they’re actually meaning. “Why haven’t YOU picked my son for the team? YOU don’t know what YOU’re doing!” may mask the fact that their son isn’t trying as hard in training. It may hide the fact that there are other players in the team that are better. The parent may see it purely from his son’s playing perspective and that he thinks that the coach only has to think of his son. They can’t see that there is much more involved to team management than picking one player.

“Why have they laid out this shop like this? I would never do it like that!” may mask the fact that this layout works well for them. It may be that they need to keep an eye out for shoplifters so the more valuable items are nearer the shop counter and that their experience has taught them lessons about how best to lay out their shop. We would never lay out the shop like that, but we don’t run this shop, the current shopkeeper does and they know more than we do.

“I can’t believe that the England manager has selected that player over that one” may mask the fact that the England manager has much more information in his hands than the fan on the terraces. They know what injuries are being carried. They know what other issues the player may have going on at the time. They know that certain players play better in the preferred formation. They know more than we do. We can’t believe that someone else knows more than we do.

Leading is more than making one off isolated decisions. Part of leadership is taking decisions that others may not like, but you are taking them for the right reasons, and with a wider range of information than others may have access to. Whilst communication of decisions and prospective decisions is important, you are never going to get everyone happy all the time. At times there will be backlash and even abuse that is unwarranted and unnecessary. That doesn’t mean that the decision or the communication was wrong as it could just be that the other person had other things affecting them that caused that reaction in them.

How people react to decisions that affect them will be wide ranging and varied. What may go down fine with the majority may be the tipping point for someone else. What may seem like a small matter for many may end up being a massive upset for others. Sometimes there are factors that decision makers are never going to know about that cause reactions. Sometimes there will be nothing you can do about it and there are other times where you shouldn’t do anything about it!

Decision making isn’t easy. Coaching isn’t easy. Running a business isn’t easy. Leading a community group isn’t easy. There will be people who disagree with almost any decision. What is important is that you continue to consider as many options and possibilities as possible, prioritise what is important, and then stick to what you know is right based on what you know. It’s easy to disagree with those who are doing. It’s harder to demonstrate that you can do any better. Resilience will grow from experiencing success and seeing the results of your listening, learning, and doing the right thing.