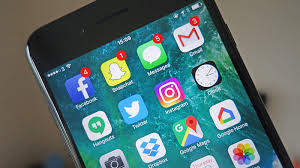 I recently undertook an experiment with my mobile phone to see how notifications affected my quality of life and the effects it had on how I reacted.

My intentions were to see which apps were acceptable to be disturbed for, and which ones could wait. It was intriguing to see the impact it had on my state of mind, anxiety levels and my levels of control.

The first week of this experiment was hectic. My phone was going off all the time. My smartwatch was going off all the time too. If I was on my computer or tablet, the alerts were going off on there too. I couldn’t get on with anything for longer than five to ten minutes without something pinging, sounding, vibrating, or flashing in front of my eyes. My attention spans were dropping noticeably by the day.

I was waiting for the next useless bit of information to come in front of me – someone has liked an Instagram picture I posted, a friend of mine has liked a page, someone has replied to a popular forum post, breaking news alerts – probably another famous person has died or been arrested, someone has tweeted for the first time in a while, don’t forget to register your fantasy football team for the week, look at what you were doing a year ago today, someone has given you kudos for a run you have done, someone you know has completed a bike ride, you might like this YouTube video, an article has been written by an author you like, group message chats pinging away as if their lives depended on it, and so on. You start to recognise some of these after a while. You start to not want them after a while too, but we don’t tend to do anything about it.

A lot of these are pieces of information that if you are wanting to find out, you can go and find it out for yourself at a time to suit you. You don’t need notifying that someone (random connection not anyone in particular) has just completed a bike ride. If you are looking for information about what friends have done, you know where to look for it. You don’t need notifying every time someone does something at the time. We don’t NEED to know these things at the time.

I was starting to get anxious when my phone pinged or beeped. “Oh no, what now?” “Oh heck, who is that?” “What’s going on now?” “Who’s going off on one now?” “What event am I being invited to that I don’t want to go to?!” 🙂 “What group message has gone off-topic now?” “What useless bit of info don’t I need to know right now while I am in the middle of something actually more important?”

It had a noticeable impact on my reactions. I was becoming wary of this unnecessarily due to this bit of technology in my pocket. It was running my life. Or rather, the running became ruining. You can see it on some people’s faces when their phones notify them of something. Before they get to see what it is, they are anxious and affected by the notification itself before they even get to the message. This is a ridiculous state of affairs to CHOOSE to live in.

In week two, it was such a contrast! I was able to get on with things without being disturbed. I was free to complete a piece of work without banners appearing everywhere, pings and sounds going off every verse end. I was more productive and got a lot more done that week. I was slightly more out of touch of what was happening there and then, but I made time to ‘work my way round the apps’ every now and again so I was never more than half a day behind on the ‘news’ from friends and family.

As a contrast to the previous week, I felt peaceful and relaxed and not being connected to the grid constantly made me feel like I was in charge of things rather than my tech devices being in charge of me. Surely, that is how it should be? I wasn’t missing out on anything as I was choosing to interact when I wanted. I was in control. I could be me again.

Week three came and I started to open up some apps to be a bit more involved. App by app, I decided how important and crucial their notifications were to me. Some I decided that they weren’t important at all, and deleted them. Result – less ‘unimportance’ in my life straight away! For those that were more interesting than critical, I decided to not to be notified of their activity. I will get through most of my apps’ content in a day anyway but it will be on my terms and in my timescales.

Regaining the ownership of apps is hard if you don’t prioritise what apps you want to use for the purposes you want. I am sure that Facebook, Twitter, YouTube, BBC, Strava and all the other apps want you to spend time on their networks using them to a level of reliance. They want that. Do you?

Would you prefer to be in control of when you use their apps, rather than at their behest? By sorting out your notification settings, which only takes about five or ten minutes, you can make an immediate impact on your quality of life. I would highly recommend spending this time to get some of your life back in your hands and out of the hands of the tech giants.