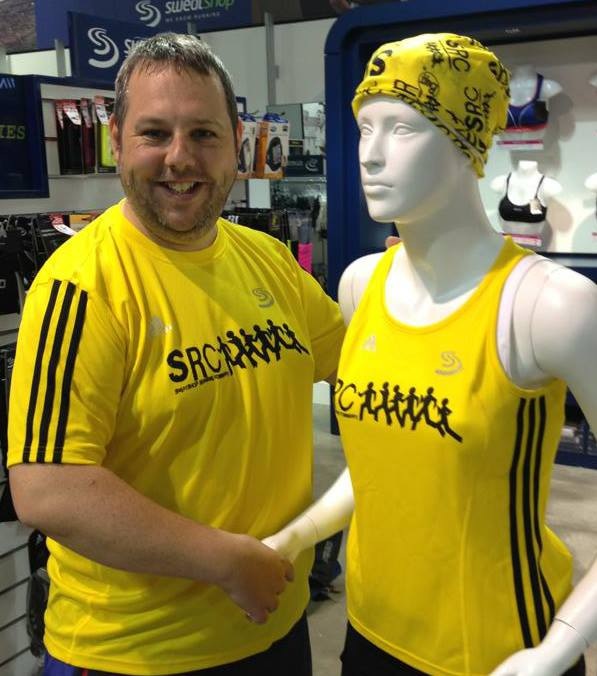 Where the world’s best running selfie came from!

In the beginning, there was the colour yellow

Ten years ago a small sports shop started to organise runs from their shop each week. It encouraged anyone who wanted to be a run

It was about being a community. A community where you have the quickest and the slowest runners, the smallest and the highest of people, the youngest and the oldest, all together running as one.

The famous yellow shirts weren’t just known by many in the Glasshoughton, Castleford and Pontefract areas though. There were other shops around the country with their own running groups that met each week. When runners from Castleford travelled to races and events, we would meet runners from other shops too. We were a wider community than just our local group. We were the Yellow Army.

Who can forget such momentous occasions such as the Liverpool Rock’N’Roll half marathons – singing All Together Now by The Farm, or chanting Terry Forrest’s or Simon Newton’s name after they’ve done so well in races. Who can forget that they were cheering and supporting all the other runners on for their runs too.

Who can forget the two yellow double decker buses that went to Abbey Dash and the sea of yellow that was spread from front to back of that course, then taking over The Winterseam afterwards for a relaxing celebration.

Who can forget the insanity of getting a bus at 4am to travel down to London to run the Westminster Mile? An eight hour round trip to run a mile. But a mile representing the Yellow Army with our bonkers friends.

Who can forget the friendships that have been formed locally and further afield from these amazing times we spent together.

Whilst the shop has since closed, and whilst the runners are now running in different groups locally or have moved onto different pastimes, the one thing that will always be with us is that we were all part of the Yellow Army of Sweatshop Running Community. Ten years is worth celebrating and being thankful for a great time.

Everyone of us has a massive amount to be thankful for and those amazing memories will live with us forever. Thank you to everyone who ever pulled on those yellow shirts for being part of something truly magical.

Whatever colour shirts we wear now on the outside, there will always be some yellow in our hearts and minds from those glorious days.

I will end this piece with a few more photos. Memories last forever.