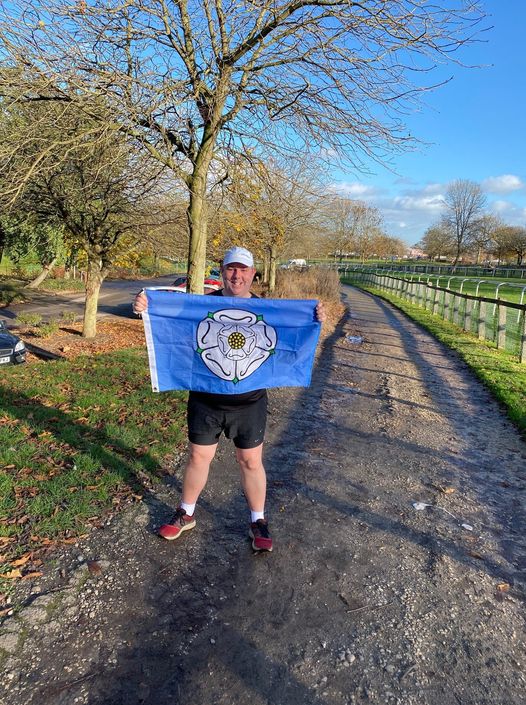 This weekend is one I will always remember as it is 10 years ago this weekend that I moved back up to Yorkshire. Whilst I was born in Yorkshire and lived up here until I was 5, my family and I moved down to Wolverhampton and spent 30 happy years down in the Midlands.
Friends in Wolverhampton
I have lifelong friends there, memories from school, my first job, and several other workplaces after that. Friendships from social circles that have many years of memories from them and lots of good times ahead of them too. Yorkshire was always where I knew as home though, which at times seemed mad as I had spent so little time up here before moving back a decade ago in what was at the time a bit of a leap-of-faith.

Since I have moved back north, I have developed and grown into more of who I would say I am. My experience at work has grown immensely and now am working on designing and implementing national data collection programmes within the NHS.
I was a key part of the implementation of the first-ever national data extraction service for GP practices which have enabled improved information for health commissioners leading to improved care for patients and clearer payment by results structures for GP practices.
Sport and fitness-wise there has been a change too.

When I left the Midlands, I was heavily into amateur rugby league – playing, coaching, and managing teams. I had a couple of years leading and playing for touch rugby and tag rugby teams in the Wakefield and Featherstone areas which saw a fair few trophies head our way through the performances on the pitch which were built from the culture and structure set up on the sidelines and off the pitch.
2012 saw me introduced to running. Not just running 10 metres back to get back onside on the rugby pitch, but running – proper running! Yes, unbelievable, I know. I was always the one in training who used to cut the corners when we had to run the perimeter of the rugby pitch, but now I have transitioned to being a runner. This time without a ball in my hands!
Since I started running in 2012 when a friend persuaded me to take part in the Liverpool Santa Dash, I have run over 100 races, over 200 parkruns, nearly thirty half marathons including in England, Scotland, Wales, and Northern Ireland. I also went on to run five full marathons. Yep, unbelievable, I know!

Thank you to you all

I have many people that I want to thank for being with me on my journey and for being an inspiration and wing-person during these years and those preceding it too. We never say thank you enough to those around us, so without naming people, this is me saying a massive THANK YOU for making me who I am today. I resolve to try and keep more in touch with those I don’t contact as often as I should.

Moving to Yorkshire was life-changing. It was a change from where I had a number of redundancies prior to my move to where I felt more useful and involved in getting things happening.
It was a change from being on the sidelines of a rugby pitch to being more active personally.
It was a change from sometimes feeling like I was on the sidelines of life too watching it go by to now seeing that I can be on life’s pitch and still influence by what I have seen, experienced, and been involved in.
So I have now lived 1/3rd of my life here in Yorkshire and 2/3rds of it in Wonderful Wolvo. Here is to the next ten years here and to more happy memories to create.
What is your favourite memory of my time either up here in Yorkshire or in Wolverhampton?