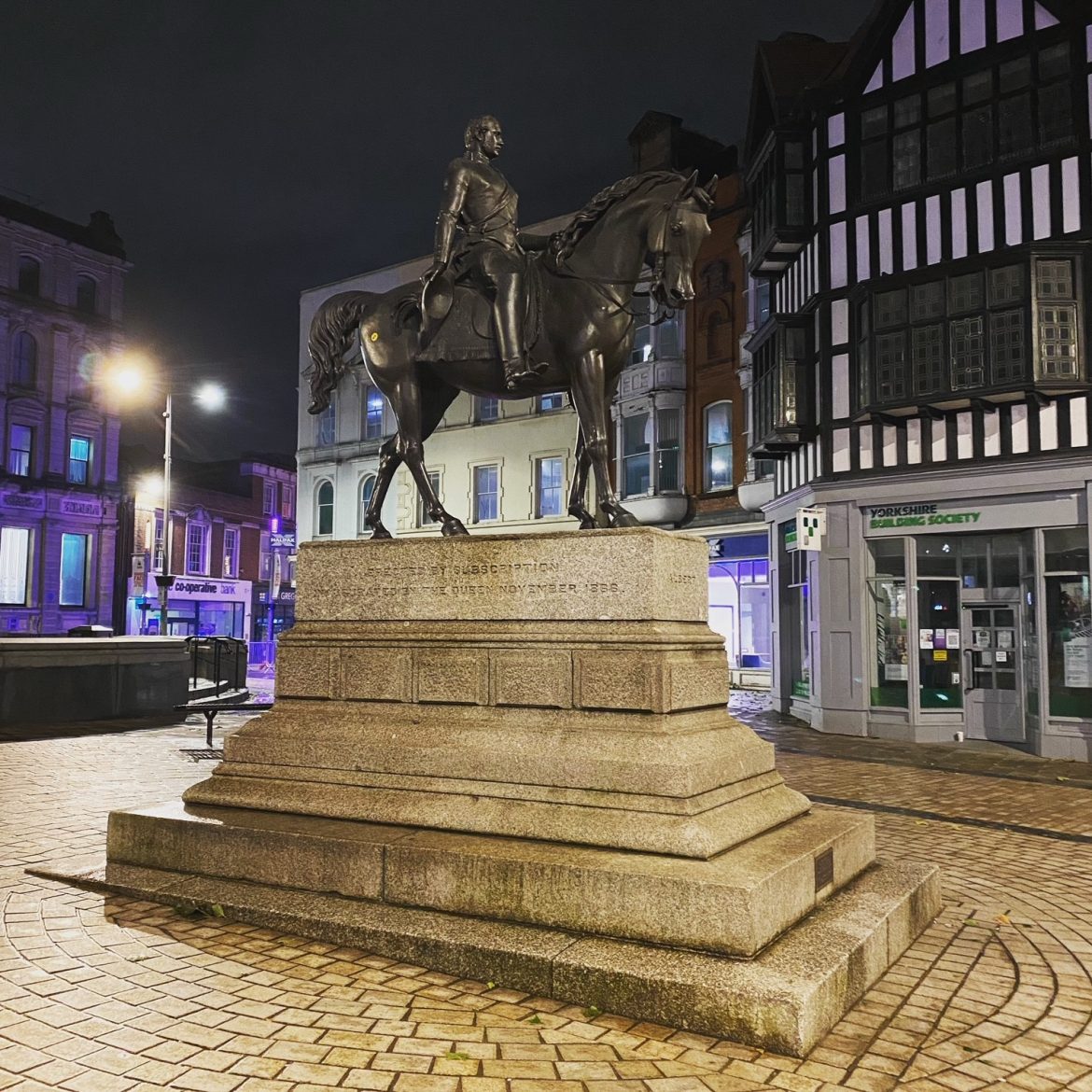 Change comes to us all in life. Change affects everyone. Change has repercussions. We change when change occurs.

Whilst born in Yorkshire, I moved to Wolverhampton when I was young and spent the largest part of my life there (30 years) before returning to Yorkshire in 2010. Since being back ‘oop north’ I have been inadvertently, when asked, having to remind folk that I AM from Yorkshire despite my accent sounding not necessarily local – a hybrid at best!

One unfortunate side effect of this and I hadn’t realised it until recently was that I was effectively defending my heritage of being from Yorkshire rather than being clearer about my identity and the massive part that my life in the Midlands had on making me who I am now.

It took me until this last weekend away where I was catching up with friends from Wolverhampton that I rediscovered that pride of the area there. The change in where I lived and circumstances had affected me and I had forgotten the many wonderful things about that area, and probably got a little too snobby looking at some areas which is not on.

My road to Damascus, just off the Birmingham New Road

As I walked round Wolverhampton, the memories flooded back of experiences shared with others, the times spent in different places, the small snippets of the past flying into my mind. As I drove round the area, I thought about the people I spent time with there. I thought about how they helped build me into who I am. They encouraged me to do what I’ve achieved. They stuck with me when I was misguided. They took me under my wing when I needed someone. They listened when I felt alone. Memories of shops I went into when I lived there. Recollections of what used to be there that wasn’t now. Wonder at what had come along that was new since my time there.

Specific examples were memories of where some work colleagues took me clothes shopping as I was going to a ‘proper nightclub’ for the first time.

Memories of the rugby league pitch that I persuaded the council to provide so that I could grow the sport in the area and to encourage participation and activity.

Thinking back to how I used to go for bike rides after work and cycled through the Netherton tunnel in the dark petrified but excited at the adventure.

The local church I used to go and the kindness shown to me there by people all ages.

Recollecting being taken to different pubs and bars with work colleagues and other friends. Some of those venues are now long gone as are sadly some of the friends.

Thinking back of the walks home from school and watching others playing with their Coca-Cola and Sprite yo-yos outside the paper shop.

Remembering my paper rounds delivering to houses all over the area with a heavy sack of news that I read on the way up driveways.

The football matches I went to watch at Aston Villa and away days together where my older work colleague friends made sure I was ok, especially after a few ciders! We even recalled some of those experiences at the weekend. How I got back from Wembley in ’94 I still shudder to think.

As I drove round Wolverhampton and the wider Black Country area, I wondered to myself why I hadn’t always valued the area as much as I was now starting to once again. As humans, we often don’t appreciate what we have locally until either it is too late or until that is threatened. I told myself off for how I had changed through the changes in my life.

I was conscious that whilst change occurred in my life by my move to Yorkshire and the excitement that had, that change had repercussions on me … and others. I wasn’t going to be in the lives of others I held dearly to me as often. I was maybe oblivious to it or blasé even. Whether I was run down with life or just needed a change, it has taken me quite a long time to realise that change can mean an enhancement or it can mean a step backward.

During the last five or six years or so I have rarely been to visit Wolverhampton – only for funerals and a wedding reception. This has upset me this last week realising how poor I have been as a friend in that time. I have been embarrassed that I haven’t been more active in keeping friendships alive and fizzing along.

Social media is a positive and negative tool at times. It is so easy to resort to just liking and commenting on people’s life events rather than being active and supportive away from a keyboard. I have got back in touch on social media with many people from that area in the last few years, and my challenge to myself now is to convert social media friendships into real, living, heart-warming, life-enhancing friendships.

The forgotten part of my identity is now reawakened and I will try to be truer to this identity.

It isn’t far away – about two hours by car. Sometimes it takes that to get back home from work in Leeds. That A38/M1 is going to see me a lot more regularly than in the past.

I even found myself enjoying the broad Black Country accents again this weekend too! 😊