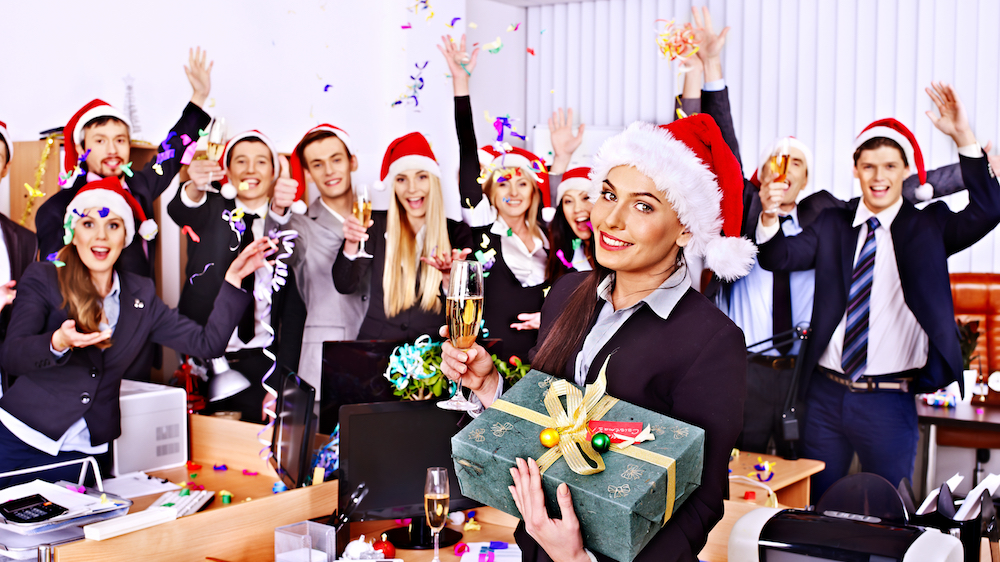 Disclaimer: This isn’t about any particular office Christmas party from an individual year or employment, but a spotlight review on the amalgam of the occasion.

The announcement of the Office Christmas Party

The office announces the date and location of their annual Christmas Party and you and all your colleagues are invited to attend. You are being asked to pay £30 to attend this, £10 of which is needed for a deposit that is required within two days.

Decision time! Do you want to go? Do you have to go? Do you think you should go, even if you don’t want to go? Is it easier to go than have to deal with the consequences of not going? Who is going? You need certain people to be going to make it bearable, but what if whatshisname is going too. Crikey!

The concept of the party is that you all go out and unwind and have drinks and socialise together with the people you on some weeks see more often that your partner and family. This is great for some people, but for others it is not their top priority at a very busy time of year.

You get to have a few drinks and undoubtedly get to find out new bits of information about some people and what they are like outside of work.

Productivity is low beforehand because of the build up and all the talk and anticipation by the eager party people in the office. Productivity is low afterwards as people are often hung over, too busy talking about what happened the night before, telling everyone what time they got in and how much they’d had to drink. That is just from those who make it in to work next day!

There are so many different categories of people involved in the office Christmas party invite list. Here are a few examples.

The boss and other high up people – they’re expected to be there, they’re expected to be available to talk to everyone there and will probably have to end up talking shop a lot of the evening from colleagues who don’t know to leave all that behind in the office. They certainly may not enjoy large aspects of these expectations but unfortunately for them, many colleagues believe them to be true. It’s a hard job being the top dog at an evening like that I imagine.

The reluctant attendees – those who go along because they feel they have to. These are typically middle aged men who go along and will talk shop all evening and won’t stray outside of their normal communication groups. They are there for a drink and a whinge about this or that other team or company.

There are those who this party is the best night of the year. The eager party people! Yes, hard to believe, but there are some folk that go to so much preparation for this night that they coordinate outfits with friends, take time off to get hair and nails done, and plan in depth every aspect of the night. You do tend to hope that they feel it is all worth it when they put so much in.

There are attendees who will come along for a couple of drinks and then need to get off. They’ve dipped their toe in the festive waters and while they may feel quite the lively one for being out after work for a while, are quite relieved to be going home afterwards!

What is interesting is when all these very different groups come together, they will collectively look like a very united large group, even though they are many cells of varying indifference.

One topic of conversation that always crops up between most cells is who isn’t there. Who hasn’t made the effort or why they aren’t there.

Next on the list are those who came for a couple then made their excuses and left. Aren’t they good enough for us?!

Many people during the evening will suggest that they should go out more often and that it is great to have the opportunity to see everyone out. I am not sure whether that is the alcohol talking there but I would suggest it is a high likelihood!

It is really interesting to view the differences of opinions and social awkwardness that this event creates. Who would have thought that going out for one evening in a year takes so much organising and yet splits opinions so much between a group of people.

How to survive these events

There are some basic premises that are crucial to going to an event like this.

Don’t drink too much, keep within your limits and don’t get talked into more than you want to have.

Make sure you know how you’re getting home safely, and allow extra time to get that train or bus!

You don’t have to speak your mind while you are there! You still have to work with these people next day and onwards!

Just be civil with people you might not be so close with. A work environment has many different types of people and characters. It is not likely to get on with all of them all of the time. Be civil and be the better person.

And if you do leave early, or can’t make it, don’t even think what they might be saying while the others are there. Chances are they will have forgot themselves by morning it you were there or not!

Happy Christmas if you’re off to one of these events, play nicely!