What the 2014 Yorkshire Marathon meant to me.

Wow, what an emotional time this has been! I’ve seen blood, sweat, tears, laughter, screaming, diva strops and many more emotions – and some of those were from other people and not me!

Why did I enter?

When I look back to 20th October 2013, I was doing my 2nd Half Marathon – down in Birmingham, whilst 50 lunatics were doing a full marathon up in York. At the time I thought it was crazy and why would anyone want to put themselves through all that, but had massive respect for them all trying it but halves were enough for me. I ran my half, was happy with my run and enjoyed testing myself by running for 2 ½ hours and feeling shattered after that. At that point there was no inkling that I could possibly be tempted to do anything further than 13.1 miles – after all, that is a blooming long way in itself!

I drove back up to Yorkshire with my t-shirt and medal proudly on. I called in at the WinterSeam to see all the celebrating marathon runners and supporters. Wow, I saw so many happy faces, so much happiness in that room and a massive sense of achievement from everyone and pride in each other and for the group of the whole.

It really overcame me that evening that whilst my shorter distances to me were ‘my marathons’ and that whilst I felt an amazing sense of achievement by doing my first mile, my first 5k, my first 10k and my first half marathon, there was this thing inside me that started etching a box outline and it was just an outline, there was no tick in it.

I saw the feeling of achievement in these people, not just what everyday random strangers would call runners, but ‘normal’ people too. Not just your stick thin people who ‘appear’ to have been running all their lives, but people who show such amazing dedication and commitment to running that the average Joe Bloggs on the street wouldn’t recognise straight away. I began to see that it was possible, there was a possibility that with the right time and right spirit and naturally with the right luck of avoiding injury, that it could be possible for ME too. That day, the seed was planted – I wanted to do a marathon with Sweatshop.

The 2013 Sweatshop marathoners inspired the 2014 marathoners. It’s all your fault!!

Training to run for a very long time

The fear when you first write down what is involved with running that far, the training plan mapping out effectively what will control your entire life for four months, the stories you hear from other people who have done the distance before – there is a lot involved and a lot of talk about marathons which is and isn’t helpful at times.

Filtering out the noise and working out what works best for me was the key point in my training. Not everyone I found needs a full 16 week programme, if you are starting from a base position of already comfortably able to do a half marathon by the start of that 16 weeks then you are so far down the track already. For all the advice and talk out there, you need to do what is best for you and your own life and work things out for yourself.

Most of the first time marathon runners I spoke to had little / big meltdowns emotionally, physically or confidence wise at some stage. That is part of it, simple as that. We get paranoid over any slight niggle or tweak, or drop in pace, or gain in weight, or if we cannot manage to fit a run in, or if we are not showing the same progress as someone else. THAT IS NORMAL!! At the time, you may consider jacking it all in, you may wonder whether you will ever get back to your half marathon or 10k pace. I pondered long and hard about it, and really really struggled with the concept that I NEED to be running so much slower for longer distances than what I was used to. I thought that little old grannies would be overtaking me with their zimmer frames as they go about their shopping as I try and run round.

When I realised that I actually was doing just fine, and that everything was going as required I started to relax and just make the most of it all. A relaxed runner achieves so much more than a stressed one. I made the point of only concerning myself with things I could control, and not worry about things such as weather, route, etc… You get what you are given, just deal with it and crack on!

Day before a race is always an interesting day. You get people having a proper meltdown, you get folk not bothered and carrying on with life. I wasn’t nervous, I knew I had done all the preparation I could do, my bag was packed, everything was just about killing time and getting started. I then started to worry that everyone else seemed to be nervous and that I wasn’t. What was wrong with me? Had I forgotten something? Was I underestimating the magnitude of the task ahead??

Race day itself is more stressful for me in the lead up to the start time. Have I been to the loo often enough, how will I run, will I go too fast or too slow, will I pratt about too much, will I get bored being out that long? All these questions aren’t useful, you just need to crack on and get stuck in. Marathons aren’t easy, they aren’t a stroll in the park, they are hard work – you got to roll your sleeves up and get through it the best you can. That is why it such an achievement.

Running with the right person is crucial. If you can find someone who is roughly the same pace as you, is comfortable running a bit faster or slower than normal as well as that pace, has a similar warped sense of humour, someone who isn’t too put off their run by the state I look on a long run – that makes the world of difference! For me, I was amazingly fortunate to start running with Lorraine Gilbert about a month beforehand. We have helped each other get round a 15 mile training run, round Ladybower 20.8 mile, Nottingham half and now the Yorkshire Marathon. Thank you Lorraine for being part of a great team this last month, it’s been a heck of a lot of fun through all our hard work.

On the actual run, there are times when we chatted and laughed and joked our way round, there were times we were silently focussing on each single step we made, times we were talking with other runners and with the crowd and times when we were running on very low reserves but running with someone else can spark you back to life when you need it. Seeing so many friendly supporters on the route was fantastic. I really couldn’t imagine running for nearly six hours without the crazy SRC supporters on the route. When people have said that the crowd has got them round, I always used to think it was just something other people said, but it really does give you such a boost. Whether it is a ‘I can’t look like I’m dying on my feet’ or about trying to look half human for photographs, but some of the smiles and cheers that we got on the route will keep me smiling for a long long time. I know that I will be supporting more events in future to help other people round their races too now.

When I finished the 2014 Yorkshire Marathon, there was a great feeling of relief that I had completed it. I had set myself a challenge a year ago, and had so long building up to it, I was just glad I hadn’t failed to do it. We had worked so hard throughout the year to get to that point, and now we had. I was now a marathon runner.

As the hours went by, it started sinking in how much I had achieved and how I had developed from that moment when I first wanted to do a marathon. I built up the belief, and now I had achieved what I had set out to do. That thing inside me that had started etching a box outline and whilst it was just an outline then, there was no tick in it – well, now there was. Job done!

Physically I don’t feel too shabby so far. My body knows I have been through a big experience and that deserves to have the rest needed and that is what I am doing this week with no running til next weekend. Every machine needs maintenance, and downtime. But you can finetune it to run again just as good or better over time after its rest time.

For the next 9 months or so, I can focus on losing the weight I put on during marathon training, and work on speeds and pace for my shorter distances such as parkruns and 10k races. Most folk put on weight so don’t worry about that. Muscle weighs more and the types of run that you do are different types so not comparable to the rest of your running time.

Anyone who knows me knows that running is a social thing for me. I take things competitively every now and again, and I will always work hard at the right time to meet the challenges I place for myself. I like running with my friends, I like the fun times we have as it distracts from the hard work we do at the same time.

Whilst I don’t feel the need to do another marathon, I also didn’t feel completely against the idea of it. It’s not a ‘never again’ but more of a ‘I don’t feel the need to’. Knowing that some of my friends want to do it next year too, and that my marathon running partner Lorraine wanted to do it too, meant that I had little choice ha! Knowing what I know now, knowing how the training is, knowing what I am capable of, having learnt what lessons to heed and what to ignore will mean that the marathon 2015 could be quite an exciting time.

I will do the 2015 Yorkshire Marathon and do what I can to help get other folk through it too. SRC runners don’t just do it for themselves, they do it for other people too. Supporting, running, cheering, encouraging, motivating – we receive, we give, we are one team together.

Thank you to everyone who has supported me, ran with me, sponsored me, encouraged me, motivated me, drank with me, put up with me, had a selfie with me, and generally helped me achieve what I wanted to, and had a massive load of fun in the meantime. Thank you, you are all awesome, every single one of you. As for 2015, what is stopping you from giving it a try? 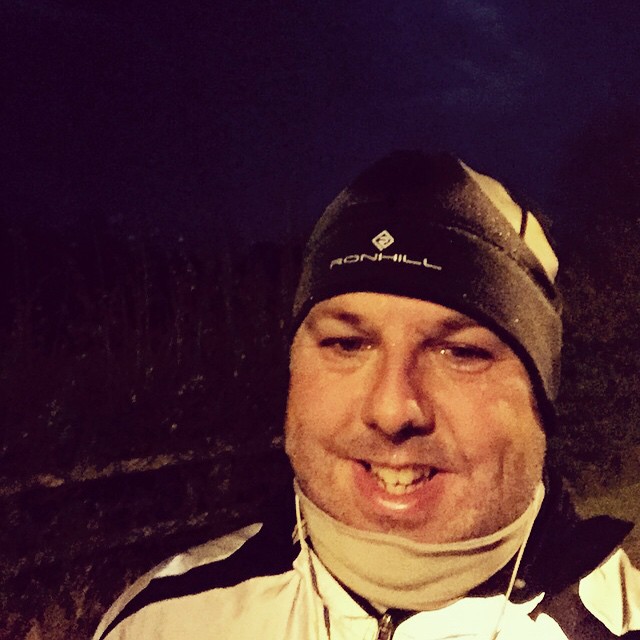 When someone starts running, quite often they won’t think of themselves as a runner. They probably don’t have the running gear that […] 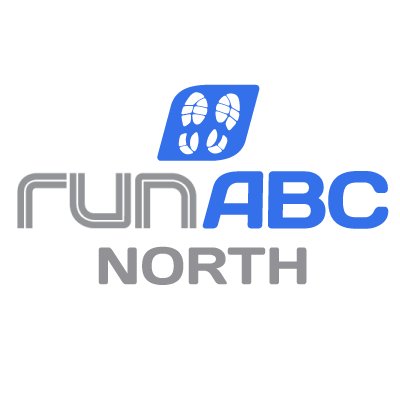 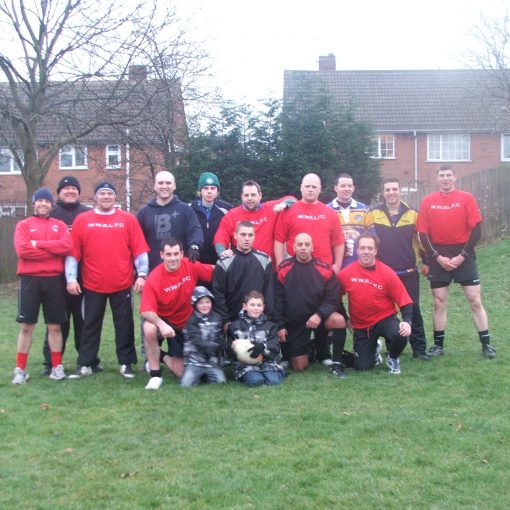 Whilst, not strictly the exact quote from the Kevin Costner film, Field of Dreams, the sentiment can be said for any well […] 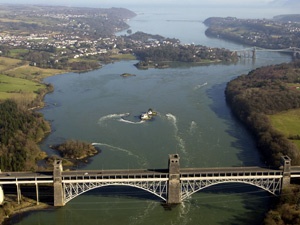 Tomorrow I will be doing my first half marathon race of the year. I had this idea towards the back end of […]