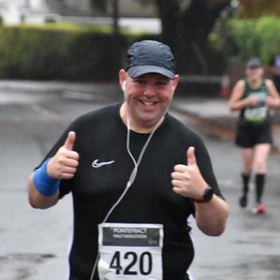 Having been a member of Pontefract Athletic Club for the last five years and run leader for the last two years, it wasn’t going to be an easy decision to leave the club. It was one I had to make though.

Pontefract Athletics Club are a local sports club that offer road running, track and field, and cross country to its members. They run a junior section and a senior section.

This isn’t a new thing

Over the years people come and go as members, as volunteers and run leaders, and as committee members. This is part of life in amateur sports clubs. I have many years of experience of this, and am at home with understanding the complexities and the politics involved – sometimes for good reason, and sometimes due to personalities, and sometimes due to a reluctance to change and modernise. Yes, there are also times when multiples of those scenarios occur too.

I am the kind of person where you have to try and change things if things aren’t going well. You can’t just stand around and complain if you’re not going to come up with suggestions, alterations, alternative approaches or to not get involved too. I’m fully aware that for some changes to occur, you need to lead others through them and to do so collaboratively and with guidance if they’re uncertain of the new approach.

I am also the kind of person that if suggestions go unheeded for no real reason other than someone doesn’t want to change, then that isn’t a good situation. I am the kind of person where I won’t stand for things not changing just because ‘they’ve always been done like that’. I am a bit of a disruptor (in a good sense) and that I won’t accept the status quo and will happily lead organisations and teams through change where I see that they will slide backwards without the change or changes being introduced.

I stepped away from Pontefract Athletics Club due to not being willing to stand for the lack of communication from the top of the club, a reduced collaboration over matters which need multiple inputs, the inequality of opportunity which sees certain people have access to certain disciplines and events but others not so, and also a lack of support being offered.

These things are all fixable and should be addressed by those running the club. I have my values that I want to stick to, and equality of opportunity is a big one of those. From someone who tries his best to include as many people as possible, tries to support the best he can, and has certain expectations around the lines of communication upwards and downwards in a sports club, I was unable to continue.

What ever happens next for me in my next chapter is going to be a different experience and one where I will be able to ensure my values and beliefs can be upheld and where club members get everything they are entitled to as members, as human beings, and as friends and fellow runners.

Here’s to the future! Watch this space! 🙂